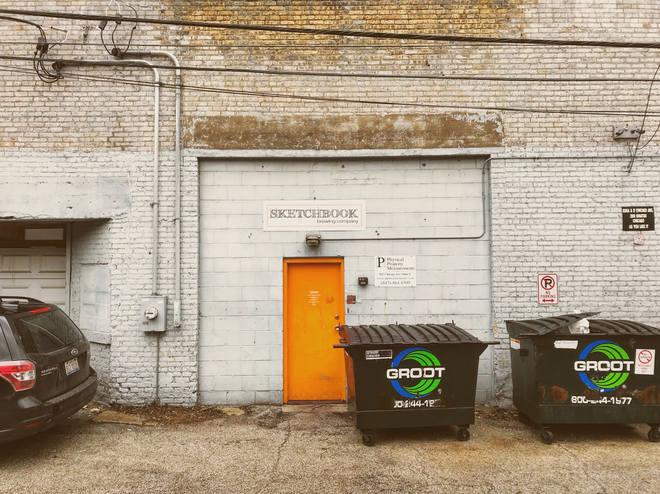 Where can you find it? Easy: come join us and our friends at one of the upcoming Chicagoland release parties!

Can't make it to one of the events? Be sure to follow Unsurpassable Clearance to get notified whenever it becomes available near you!

The Sketchbook boys brew early. How early? Well, our Chicago man Gage woke up early, and he was still late. So it goes.

He groggily rolled in, second coffee in hand, around 7:00 and wasn’t sure how much help he'd be for at least another hour.

But there's no room for loafers in the Cesar's (owner and headbrewer) Sketchbook crew, so he threw the pedal down immediately. He introduced Gage to the team and less than a minute after walking through the door Gage found himself up on the brew deck, dumping in hops for the first brew's aroma addition. 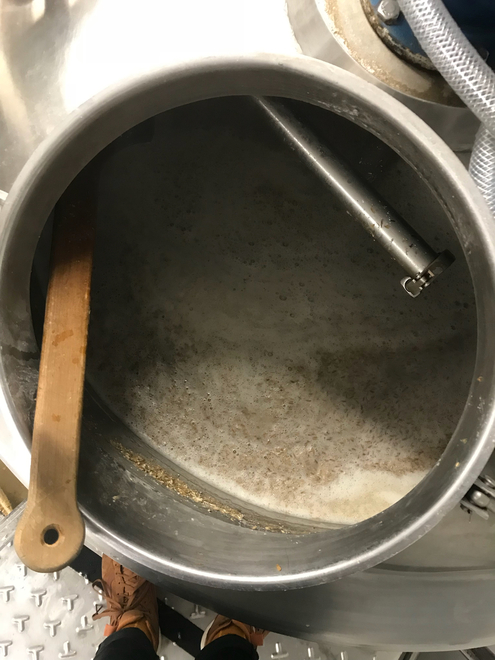 Coffee be damned! Nothing triggers the endorphins like that beautiful smell of a silly, silly amount of hops. That rush immediately got Gage into gear.

It seemed time for a change, so when Gage was working with Sketchbook on this beer, he sought out something different. What about a crisp lager? Maybe a well-balanced porter?

Fine. Twist our arm. Gage could help brew a hazy, fruity DIPA. It wouldn't be tough to win over any of us on that front, let alone Gage.

It's the two additional ingredients that make the beer really pop:

First is lactose, or milk sugar. Why add lactose? It does two things:

These, of course, are some of the most obvious markings of a hazy NEIPA.

And, of course, the other special appearance was made by our smooth, tropical friend the passionfruit.

To make the most of their time and space, Sketchbook typically brews two 7-barrel batches back-to-back. This allows them to fill a larger fermenter (14-barrels, for those troubled in the math department) in a single brewday.

Executing this dance is just about as difficult as it sounds, but Sketchbook has the process down to a science.

According to Gage, the movement from batch one to batch two was seamless. So much so, in fact, that as an unusual (and, if we're being honest, inessential) part of the process, he felt like he was in the way. Everyone and everything involved in the transition was synced, serving the same greater purpose.

In Gage's own words, "It was like watching a perfectly choreographed ballet. Only with way more beards, boots, and stainless steel." 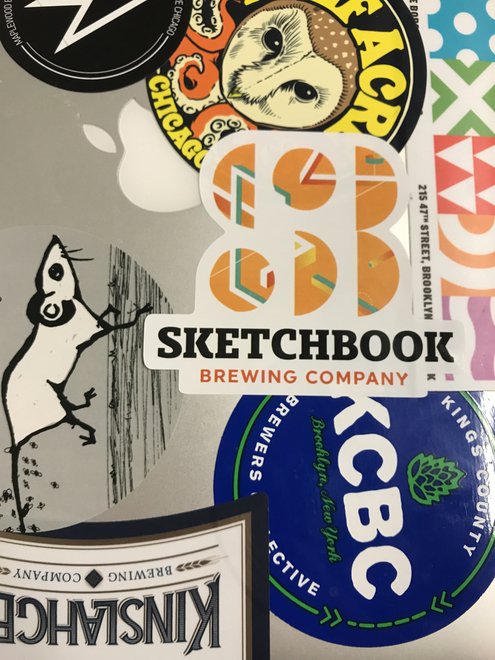 As of today, the beer is preparing for its upcoming Chicagoland showcases. Come on down to one of the release parties to taste the beer, meet us, and pick up some BeerMenus swag!

Can't make it to one of the events? Be sure to follow Unsurpassable Clearance to get notified whenever it becomes available near you!

Gage enjoyed the brewday so much that he took his relationship with Sketchbook to the next level: he took a trip with them! 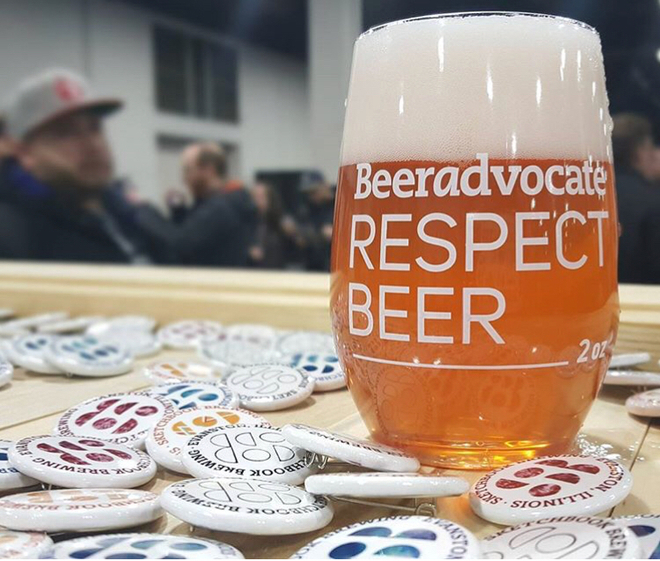 More seriously, though, he joined the Sketchbook team at Beer Advocate's annual Extreme Beer Festival in Boston. It was a whirlwind weekend filled with a lot of delicious, extreme beers. But while in Boston he learned something that should get Chicago excited: Unsurpassable Clearance killed it.

In each of the three EBF sessions, Unsurpassable Clearance was the first of Sketchbook's 4 beers to kick.

Until now, the Midwest hasn't exactly been known for its hazy IPAs. But the attendees/aficianados with whom Gage spoke were pleasantly surprised to see such a great hazy IPA coming out of the middle of the country. Given that, it's little surprise that the entire production batch is already spoken for.

Now we just can't wait to get Unsurpassable Clearance out into the wild!