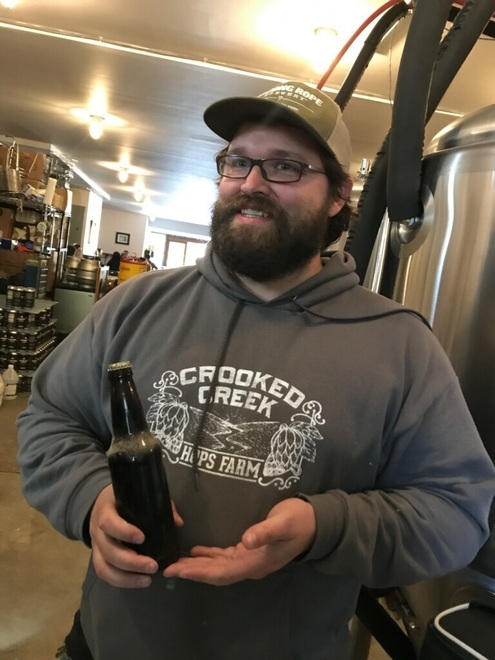 A few weeks back I visited Jason Sahler, head brewer of Strong Rope Brewery. We talked beer, sniffed hops, and, in a surprisingly delicious twist, we tasted his very first homebrew. It was 15 years old.

Read on to hear more!

A few weeks ago, I visited Jason Sahler in his natural habitat: at his brewery Strong Rope Brewery in Brooklyn. The ostensible reason was to interview him for a forthcoming brewery profile.

But, truth be told, I hadn't seen him since I moved to Madison, WI last year, so part of me just wanted to drop by and hang out. 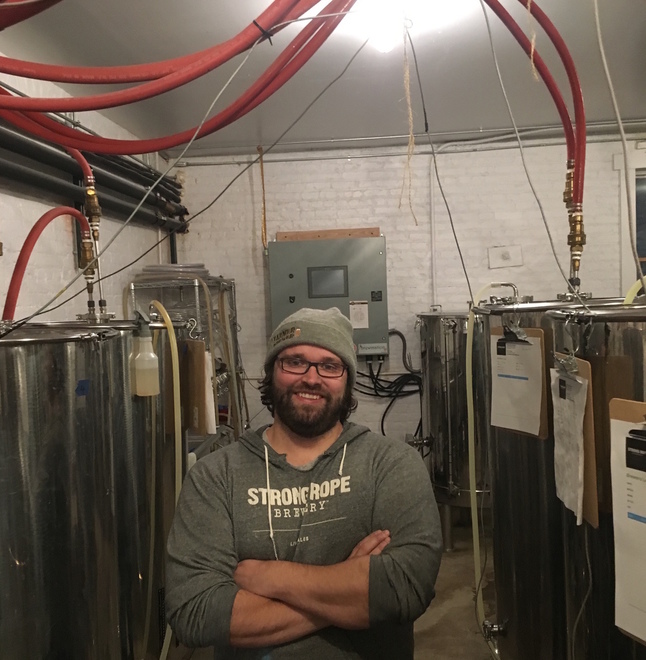 Who wouldn't want to hang out with this guy?

Along with a few other industry folks, we were bumming around as he and Otto, his soon-to-be-former brewer finished up a brew. It was just about done, so we weren't doing much—just chatting about the weekend's plans and sniffing some of the latest NY-state hops Jason had bought. 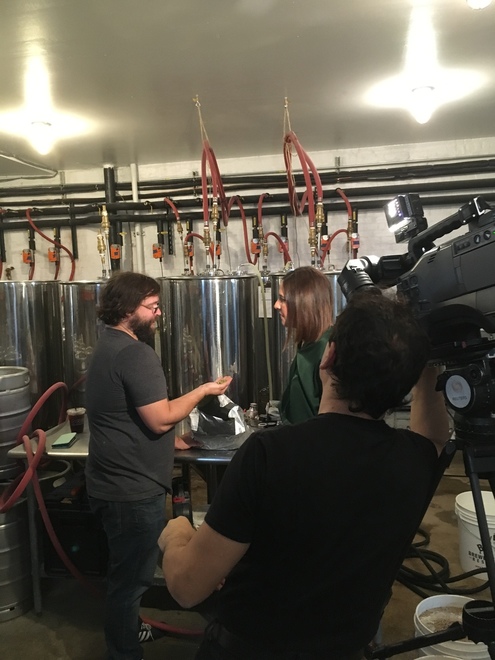 This is a pretty regular occurrence at Strong Rope—the brewery is officially a New York State Farm Brewery, which means all the beer he makes must include at least 20% NY-state ingredients. Jason relishes this fact, whether he's making a beer or just talking about making a beer.

He was doing the latter when, midway through a sentence, he abruptly stopped speaking. He turned and bolted to his walk in cooler.

It honestly seemed like he forgot about a pizza he had in the oven.

He came back a minute later, huge smile on his face. In his hands was an unlabeled 12oz bottle, rust on the cap and dust on the bottle's shoulders. 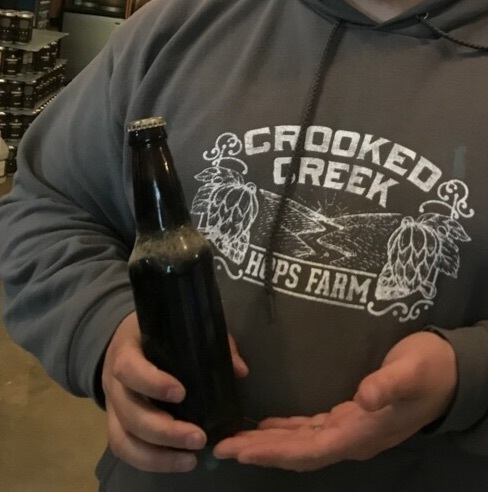 “My first homebrew,” he said, grinning. “I made it in college.”

Silence followed—you could pretty much hear the gears turning: how old was this thing?

Turns out that Jason's mom had hung onto the bottles and cellared them—unbeknownst to her—in almost perfect conditions in the basement of Jason's childhood home. She’d given him the remaining bottles after finding them during a cleaning session.

Jason cracked the bottle open and poured it into our tasters.

It looked fine, and after a few inhales it became clear that no one was struck by instant botulism. Passed the first check.

Giving it a sniff and a closer look, it had the dark fruit nose and thin body of a long-aged barleywine. My mind went straight to a 5-10 year old JW Lees Harvest Ale or a Sierra Nevada Bigfoot.

We clinked and took a sip. I braced myself for...I don't know. Something weird. 15 years is a long time to age almost any beers, let alone a home brew. Let alone anyone's first home brew.

But you know what? It wasn't weird at all. It was good. Tasty. One helluva beer for being 15 years old and someone's very first home brew attempt.

Turns out it was a brown ale—hence the nose and body of a long-aged barleywine.

So, that's what Jason pulled off on his very first home brew.

I hate to be incredibly obvious, but I'll do it anyway: the man has talent, and evidently that’s been the case since the very beginning of his brewery career.

Got a neat brewery story that you think deserves to be published? Email dylan@beermenus.com!
New articles